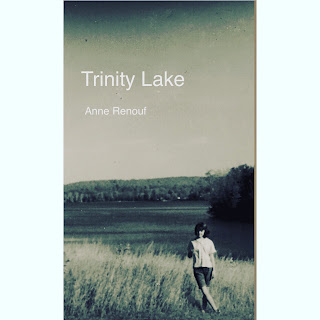 Fifty-nine year old artist
Diana Becquet
sets out on a pilgrimage of sorts,
a solo canoe trip to Trinity Lake
for nine days of art, solitude and
reflection,
exploring her artistic muse
and unravelling her past.
* * *
'Trinity Lake' is a work of fiction.
Not quite a novel, perhaps more of an 'epic poem', 'Trinity Lake' appears on this Blog
one entry at a time
from
'Day 1 Morning' to 'Epilogue'
Many thanks for reading!
Bottom left arrow, (newer post), to continue...
Anne Renouf
Posted by anneromainerenouf at 12:36 PM No comments:

I can easily think of my life in these terms: the time before I knew Murray,
and after.
I think that there are many who feel this way; who remember
the precise moment that they first met him.
He was that sort of person.
For me, it was the late 1980's and I was visiting friends near Peterborough.
Murray dropped by.
He fixed me with his piercing eye and told me that he had
AN IDEA.
Murray had a way of making you feel that his idea, an idea of great musical genius,
was somehow about you.
Or perhaps, you, and the small part that he wanted you to play.
In my case, it was my years spent wilderness camping, cooking over an open fire,
and being able to handle a canoe that sparked his interest.
That, and the convenience of my being in the right place at the right time.
A third person was needed to stern a canoe and help cook for fifteen,
for a three day musical performance planning session in the wilds of Haliburton County.
It was the very beginning of what was to become known as 'The Wolf Project'.
My role in all of this was so minor.
But even so, I felt a deep sense of belonging.
Murray believed that everyone played a part, and so even the 'kitchen staff' and 'sternswomen'
were part of the brainstorming, the composition, the music,
and most importantly the ritual of it all,
from the very beginning.
For five summers, I spent a week as a member of the Wolf Project,
helped create masks, costumes, performances,
and most especially 'Firebird', constructed of tree limbs and twigs,
then floated out over the water at dusk and set on fire,
accompanied by echoing, haunting music in the most beautiful place on earth.
Life's demands led me, by necessity, in other directions.
But that involvement would touch every aspect of my life, influencing my work as a
visual artist, teacher and writer.
I am forever a follower of the creative vision of R. Murray Schafer.
I am forever a Wolf.
As fate would have it, my partner and I have lived for twenty-plus years
three kms south of Murray and his wife Eleanor James.
We became close friends, sharing meals, countless bottles of wine,
ideas, music, art.
Happily, we were able to spend hours listening to the consummate storyteller
relate our favourites from his past,
again and again and again.
In recent years, as his stories slipped away, the bond of friendship turned to caring,
and a deep abiding love.
We have listened to a great deal of the music of  R. Murray Schafer in the last week or so,
music filled with Murray, the sounds of his world, and as fresh and clear as the first light of dawn
on that little lake in Haliburton Ontario where, for me, it all began.
It is his voice for the world to hear. 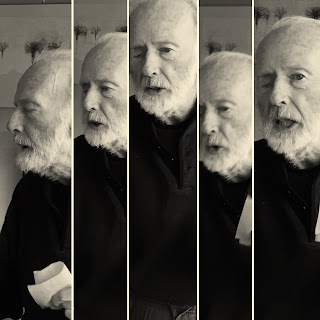 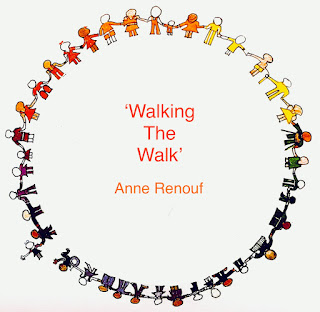 (A translation of Micah 6:8, in answer to the question, “What is required of you?”, connecting faith with action, caring for those in need.)

I thought of this verse recently, while reading a post on social media,
a post written by someone against the idea of
‘setting aside a month for Pride’, specifically, and LGBTQ2+ issues in general.
I was taken aback by the tone of the post, by its lack of understanding.
The person writing it I knew to be a religious type, writing from what he thought to be a ‘Christian’ point of view.
But clearly, a homophobic point of view.
.
I responded, by attaching an article by Michael Coren entitled,
“What would Jesus do during Pride? Simple - he’d wave a rainbow flag and march in the parade”.
I believe this, by the way.
Jesus would be walking the walk.
Having spent several years in an ‘Affirm’ study group in our small, rural but progressive congregation, (within the United Church of Canada), I was part of a team that took our time learning to 'walk the walk'.
We studied, met with people, heard achingly poignant and heartbreaking stories
of struggles with issues of sexual orientation and gender identity.
Over the months, years, we received pastoral advice, had intense group discussions,
spent a lot of time in prayer, and read and read and read.
The result? Our little church is now an Affirming Ministry.
Walking the walk.
Perhaps you can imagine what I had set myself up for, by attaching Michael Coren's pro-Pride article to a conservative Christian's post.
I wasn’t really surprised by the reaction.
Well maybe a little surprised by his words ‘lies’, ‘disturbed’, and ‘unnatural’.
I countered all of that with an offer to loan him Michael Coren’s excellent and grace-filled book,
'Epiphany
A Christian's Change
Of Heart And Mind Over
Same-sex Marriage'
and added some thoughts of my own:
“Our communities need safe places for all who are marginalized -
the least, the lost, the last, the littlest, the lonely.
Isn’t that what our faith work is about?
Isn’t that what Jesus did?”
I knew this wasn’t going to magically change his attitude. But the conversation was being followed by at least some of his many social media friends.
His comments (predictably) were getting many many ‘likes’ and ‘hearts’ and 'shares'.
My comments - zero.
My attachments, my book recommendations, my thoughts were not 'liked'.
Not liked at all.
Luckily, I have a pretty thick skin. But didn't my words reach anyone?
He went on to suggest that I should have a ‘hard read' of the gospels,
the unspoken message being that I wasn’t getting it right, that I was clearly missing something, misinterpreting ‘love’.
A ‘love’, (the message seemed to be), that would mean pointing out to people the error of their ways, even if the perceived wrong is something innate, as in determined at birth,
like facial features or handedness or curly hair or skin colour.
In the days that followed, all of this stayed with me.
All of this began to play on my mind.
I couldn’t quite dismiss it in ‘agree to disagree’ terms,
(that unhelpful phrase that really means ‘I'm sick of arguing - you are too thick to get this.’)
I kept thinking...
here are dozens of folks, (his friends), who are following this post.
I had posted these words, for all to see:
“...the least, the lost, the last, the littlest, the lonely.
Isn’t that what our faith work is about?”
Not one of them, not a single person, liked, loved or commented on this.
I wonder...
Is that what Jesus would do?

"...the gay issue has become the prism through which myriad conservative Christians judge not only their but other people’s faith, morality and conviction. It’s tragic, reductive and destructive on so many levels."

So, I'm left to wonder, in all of that silence.
For an LGBTQ2+ person, how exactly does all of that disapproval, rejection, disregard,
that 'us versus them' attitude,
how exactly does that show love?
Surely, in love, there is belonging.
Caring and helping. Communication and validation.
Inclusion.
I decide to do some research, searching for something...
Searching for, well, something affirming.
And I find this:

“The hardest spiritual work in the world is to love the neighbor as the self -to encounter another human being not as someone you can use, change, fix, help, save, enroll, convince or control but simply as someone who can spring you from the prison of yourself, if you will allow it." - Barbara Brown Taylor

“With all the changing ways of understanding gender and sexuality, most of us truly need contemplative eyes and the guidance of the Holy Spirit to ‘rupture simplistic binaries’ and be compassionate and respectful of difference and diversity. It clearly seems that God is quite comfortable with immense diversity."   - Richard Rohr

“There’s a part in each one of us that would prefer the certainty of an unchanging rulebook to the radical open-endedness of God's ongoing self-revelation in love. But as a Christian, when confronted by a tension between a religious certainty which leads me to violate the law of love and a deep unknowing that still moves in the direction of ‘loving my neighbor as myself,’ (Matthew 22:39) I am bound to choose the latter course.”

If I were to offer a piece of advice to my new, somewhat pharisaic, penpal, it would be to have a 'hard read' of Cynthia Bourgeault, or Richard Rohr, or Barbara Brown Taylor.
Or Michael Coren - that would be a good place to start.
Because if nothing else, you would hope to gain a better understanding of 'the other', to be more inclined to welcome the stranger.
To offer unconditional love.
To reach out with compassion and respect.
Michael Coren, on preaching at Metropolitan United Church in Toronto:

"I saw collectives of warmth and support, groups of people from various ethnicities, backgrounds, sexualities, and experiences united in acceptance. ...I told them that as a straight man who had reversed his position on gay rights and equal marriage, I had recently experienced a glimpse of a shadow of a whiff of what it must be like to be a gay Christian.... I said that remaining Christian in the face of hostility and even vitriol was an indication of an enormous depth of faith and was a living, fleshy example of a glorious mystery. I spoke of unconditional love, of what scripture actually said about sexuality rather than the popular and misguided caricature of Biblical truth that we are so often offered. I said that the only absolutes were grace and love." - Michael Coren, 'Epiphany'

“Never stop looking at the world as a place of love and never stop embracing and accepting that love. If two men or two women commit to one another in a devoted, sacrificial, committed, faithful marriage, the Christ-centred world of love is made deeper, wider, and better.” - Michael Coren - 'Epiphany'

Sent from my iPhone
Posted by anneromainerenouf at 9:50 AM No comments:

anneromainerenouf
Anne Renouf is an artist, art educator and writer in Peterborough County, Ontario. Working in their energy-efficient home/studio, (shared with partner Doug Brown), she explores concepts in art and spirituality. Drawing inspiration from 90 acres of cedar and maple woods, fields and wetlands, Anne Renouf creates mixed-media abstract landscape and tree images, on canvas, paper and birch panel. Her interests lie in experimenting with art techniques and materials, writing, photography, research and teaching. She sees this work as a reflection of the peace and natural beauty of her surroundings. And she loves to walk in the woods. www.facebook.com/annerenoufvisualart

"...all the beautiful belongings that no one else has looked quite far enough to find." 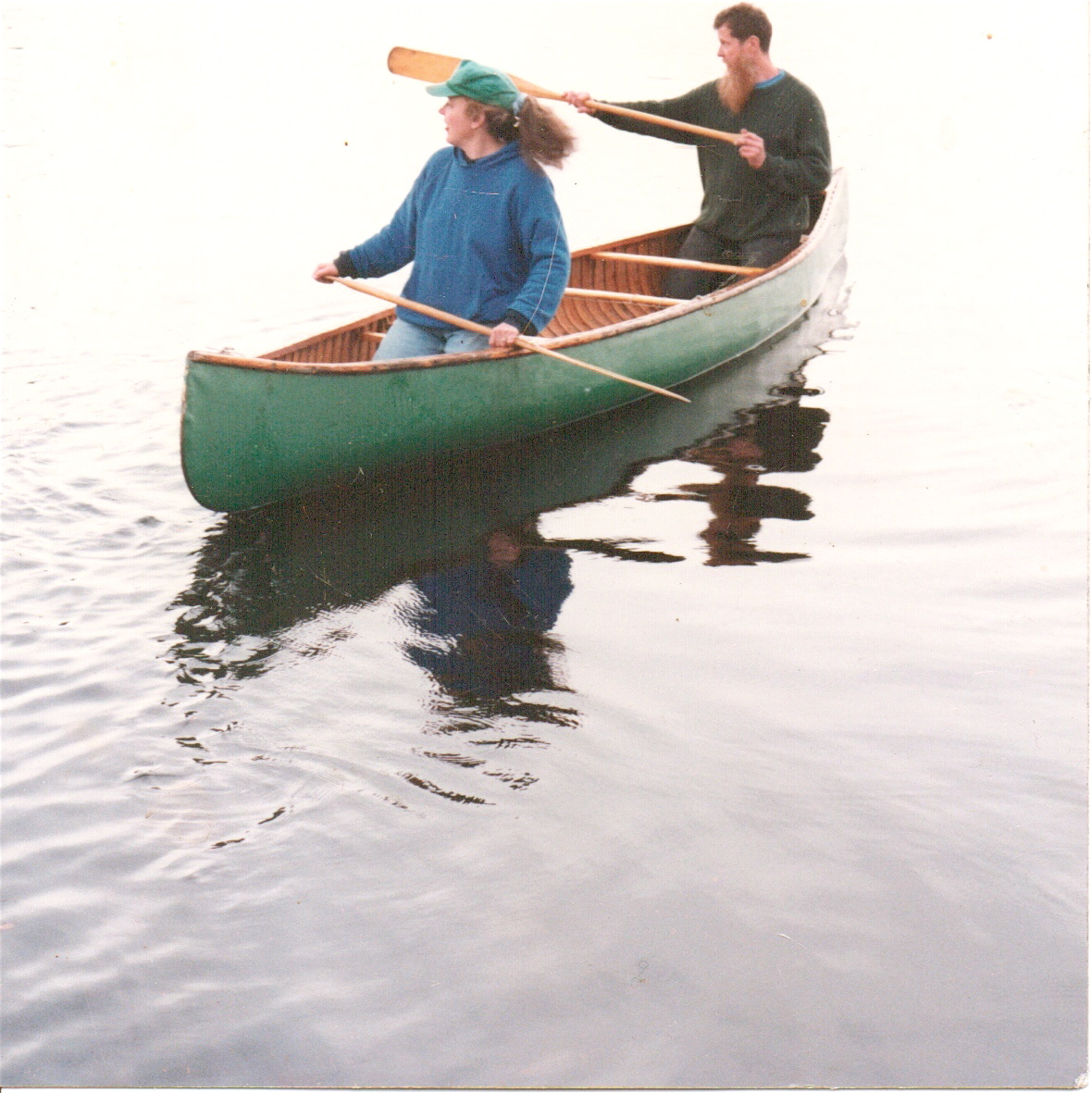 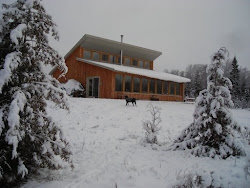 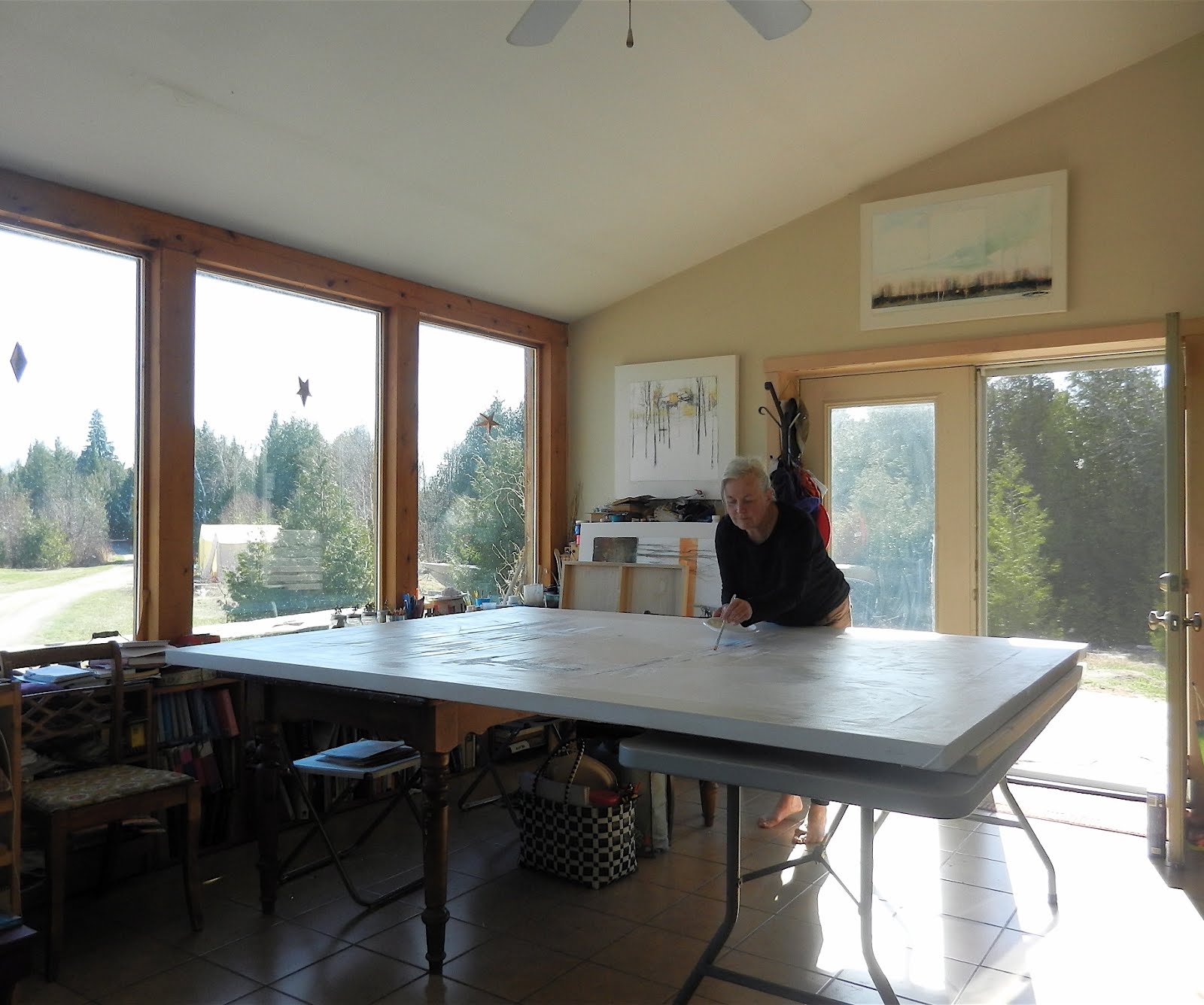 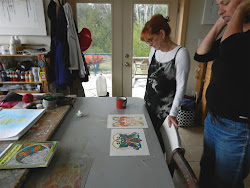 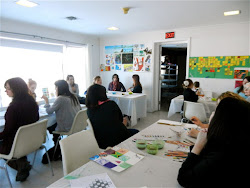 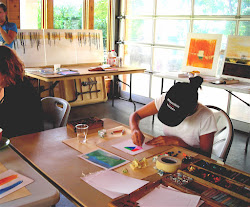 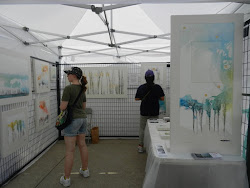 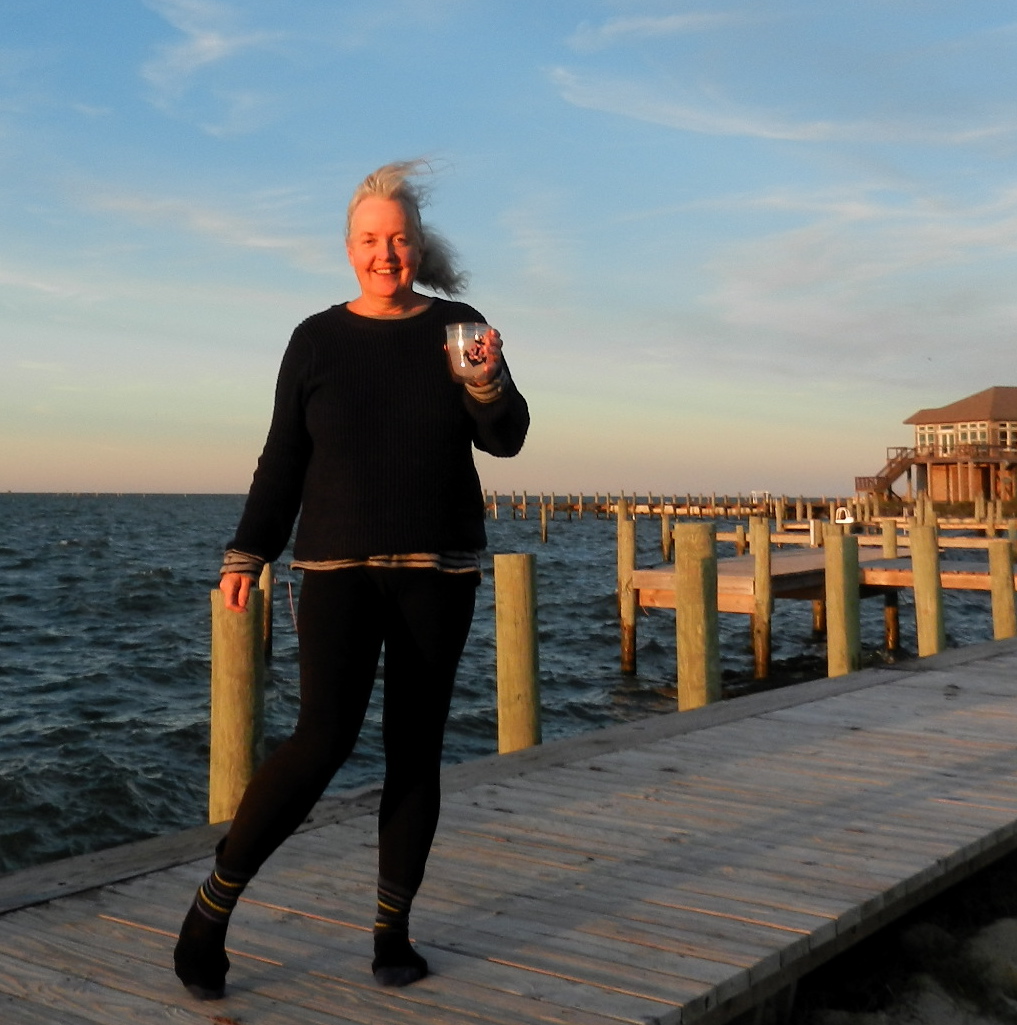 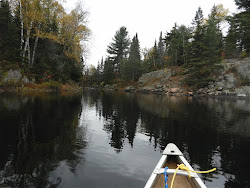 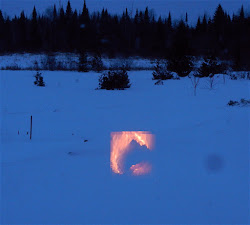